In 1988 a thought went through my head, “I want to adopt”. I was 12, it was a thought. I never verbalized it that I remember, nor did I think anything else about it. It was just a thought, but it seemed to speak a truth. Little did I know that thought would shape my entire marriage and place my husband and I on a path to serve as foster and adoptive parents for many years. 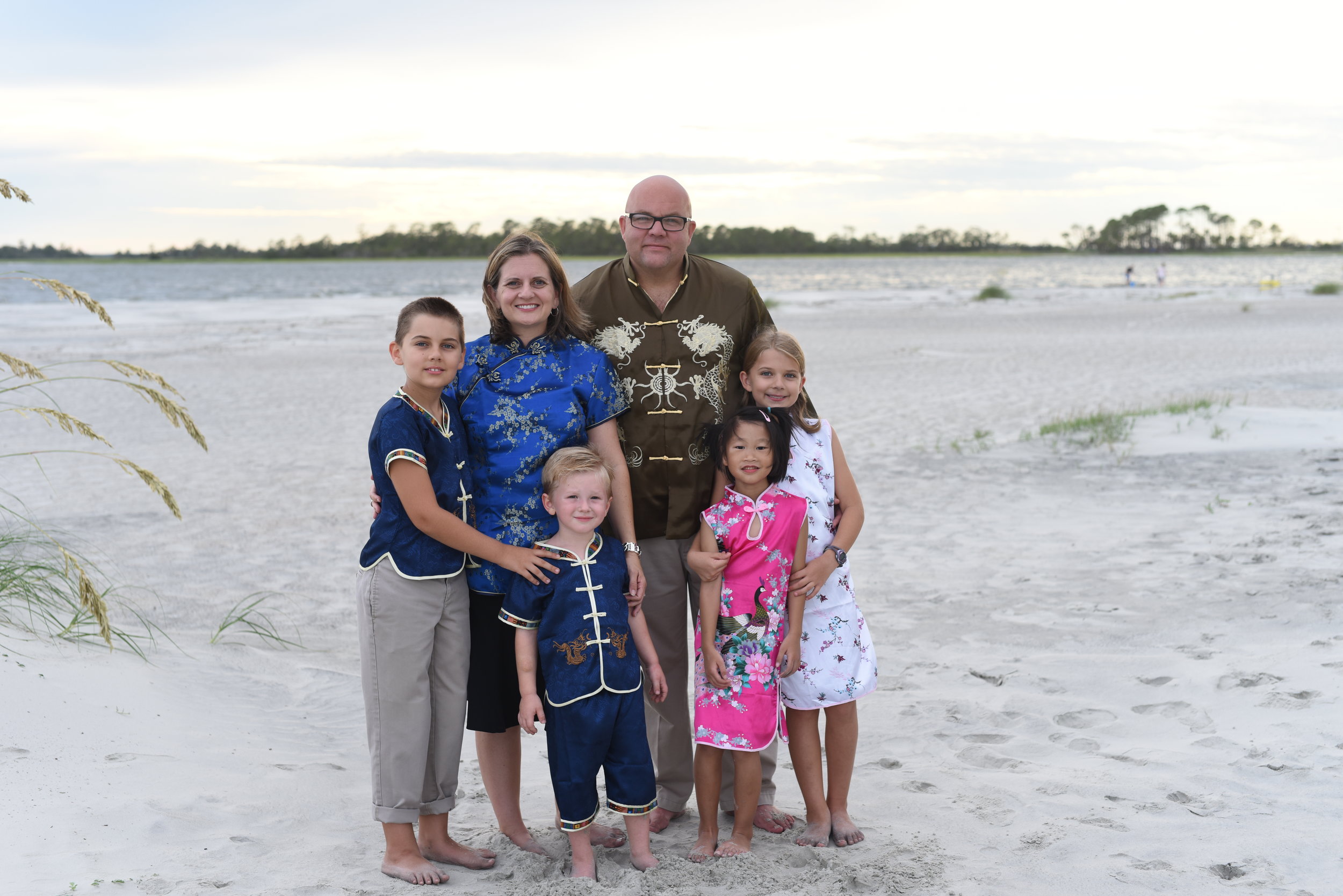 The Oliver family after returning from China. Photo by Sarah Kohut Photography.

In January of 2003, I was almost 27, I went on a date and then another with a friend of a friend who “finally got the nerve to ask me out”. He was 35. In those two dates, that thought became a conversation, as I now verbalized my desire to adopt. It was immediately met with “I want to adopt too, my father adopted me when I was 18 months old and I’ve always wanted to do the same”. After these two dates, I knew this is who I would marry.  By March 17th we were engaged, then married in August of the same year.

Jeff and I knew that we would never be the family who “made lots of money” so immediately after we were married, in November, we attended a meeting to set “life goals” and figure out how much money we needed to save or what we needed to do to provide a home for a child, or children who needed it. Within that first meeting, we first found we were financially able to immediately adopt and second, our hearts were opened to the desperate need for foster families. We immediately signed up to do respite care for other foster families and began to open the doors to adopt if any child would need a permanent home. 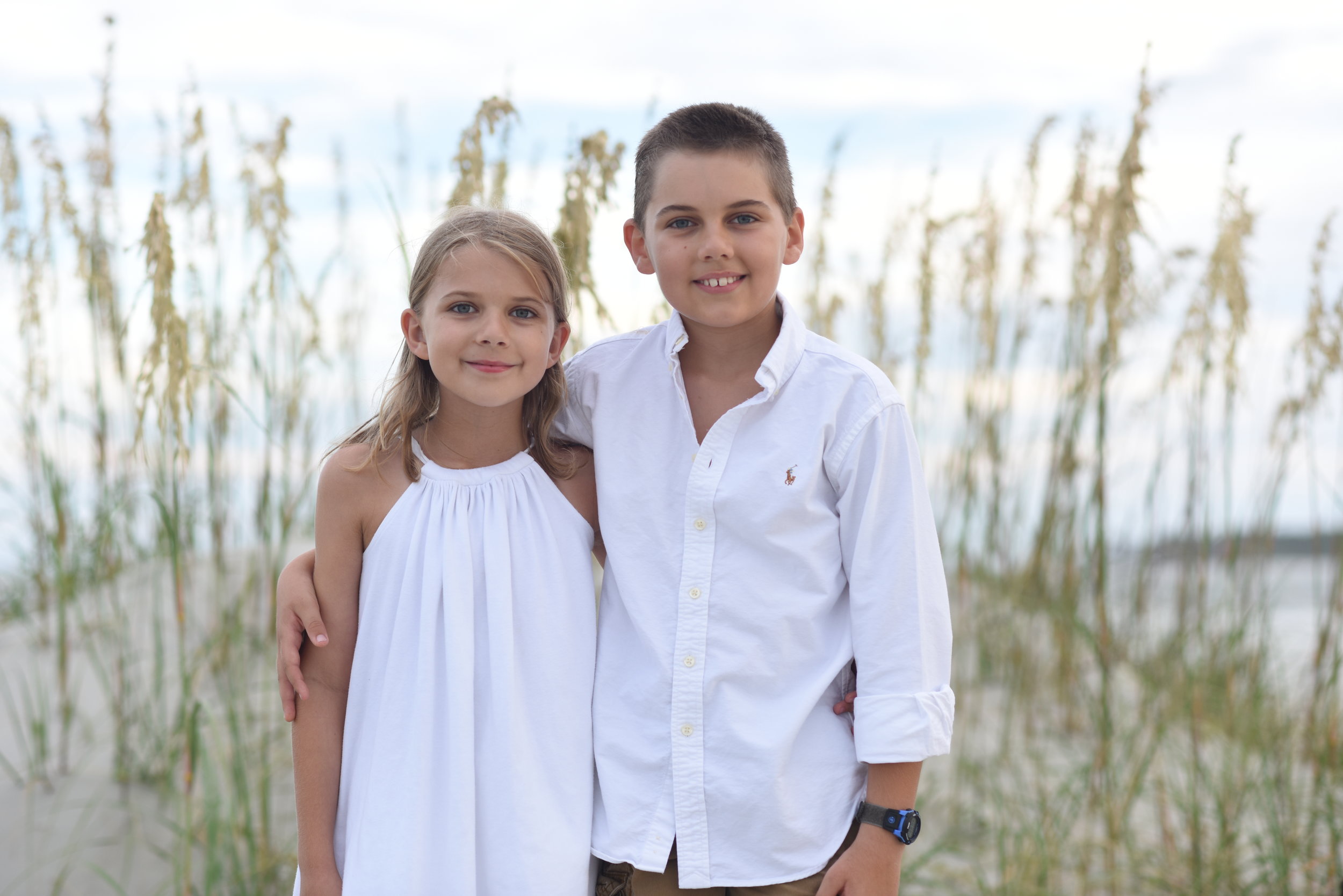 A few years after serving as foster parents we found out we were pregnant with a little boy, soon to be followed by a little girl. Our hearts never lost our desire to adopt or foster. Once our youngest was 18 months old we were able to list our names as an adoptive home with a private adoption agency and wait to be chosen by a birth mom who would read our file and choose us as her child’s adoptive family. We waited patiently at times, as we never wanted mothers or fathers to have to make this hard choice. We prayed for moms and dads who may have been placed in a situation that would need an adoption plan. We prayed for people to come into these mom’s and dad’s  lives and love them and give them wisdom and support. We worked with some birth moms and dads and organizations that loved on them, helping them gather what they needed to parent. We were actually matched with a birth mom who then decided to parent after the baby was born. We were sad that we would not be welcoming a new little one into our home but so joyful that she would be able to parent. Adoption is a hard thing. It’s not a word to use lightly. We have attached it to so many things that it almost loses it’s impact. Lives are changed. Forever. And that’s big, hard, sometimes messy and wonderful all at the same time. As Jeff approached his 45th birthday we felt that maybe that “thought”, that “conversation” was just that. At 45, we would no longer be able to be listed as an adoptive home, so we requested our file be mailed to us. We wanted to send our file to several agencies to let them know, we had a home for those that might need it. The phone rang on October 10, 2012, a Wednesday, less than one month before my husband’s 45th birthday. I was teaching an art class, but  when I was able to return the phone call,  the voice on the other line did not sound like she was about to say “we mailed your paperwork”. As I listened to her speak and zoned in and out in unbelief, I managed to hear “can you be here Friday to pick up your son?”. In just 48 hours after that phone rang, after opening our home to adopt about 9 years earlier, we would adopt a beautiful baby boy and lives would be changed forever. 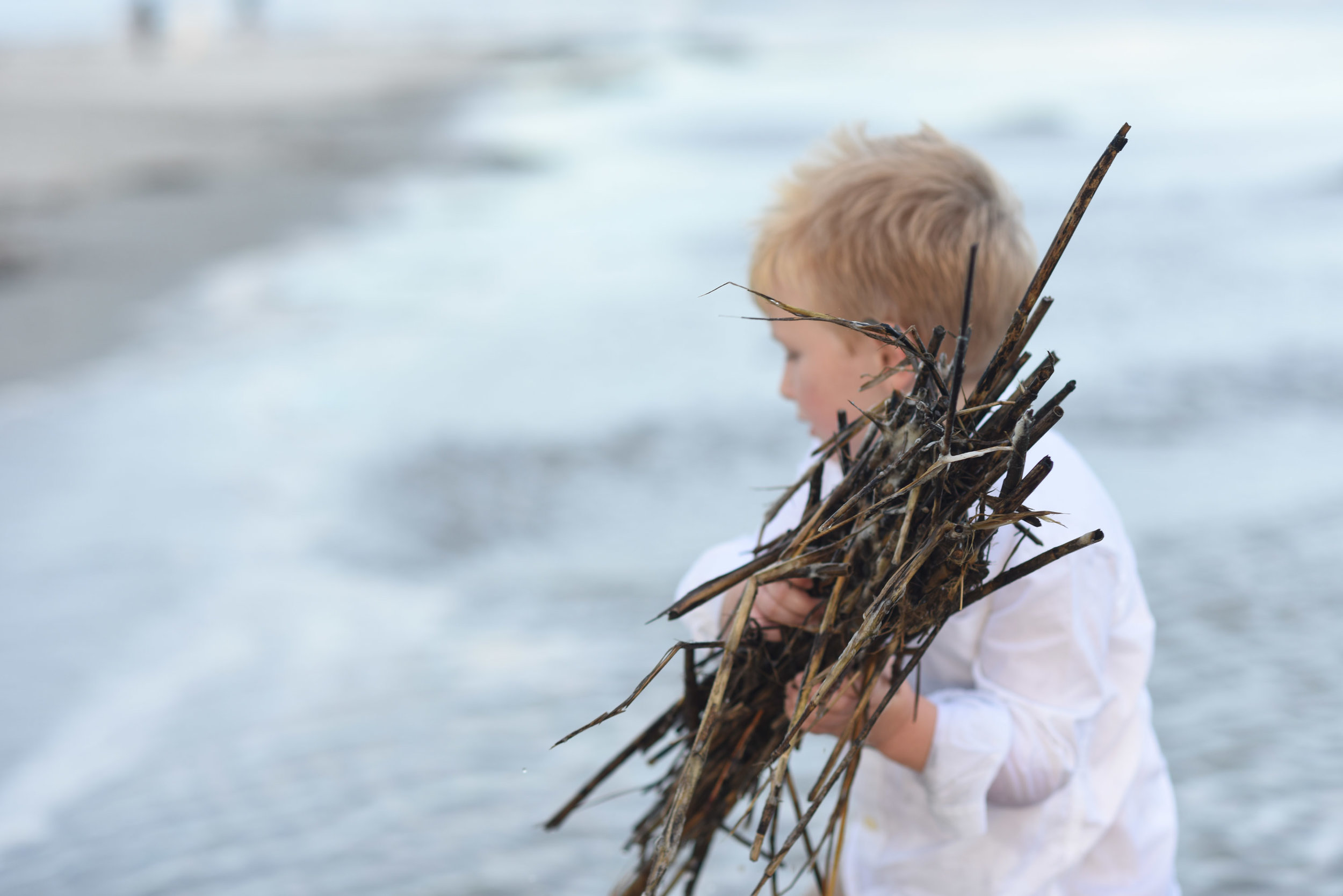 On Friday, October 12th, 2012 we met our 12 day old son. He was perfect. And as much as I remember that day, I can’t remember a day without my son in my life. Maybe because he’s been there since I was twelve. Maybe that thought was to prepare me for this day. And now, with him we gain another family, his birth family. Our family grew more than just one little one, we gained an entire family. His life has it’s own story as much as our story changed and I’m able to write about adoption, he is adopted, that’s part of his story. His beautiful birth mom chose this life for him. And I think of her often, she indeed is part of our family too and I am thankful.

When our newest son was 18 months old we accepted a placement to be a temporary home for a newborn, 5 months later he was united with his permanent home. We had the blessing of loving on several other newborns temporarily as they awaited a permanent plan of adoption or parenting. Our hearts were again restless with the word adoption. It’s like we answered half of the conversation we had and the other half remained unanswered. So we started looking, looking at ways to open our home again. We had one more bed available, this time for a little girl, or whomever, but the boys shared a room and our daughter was in a room alone. So it made sense, not that it had to make sense, but it seemed like a starting place. Jeff was working nights and there I was on the computer every night looking at requirements for the state, private agencies and even international adoption. We were happy and content and all those things, but the thought of knowing we had one more space and the number of children who had no permanent place to live just really moved us once again. 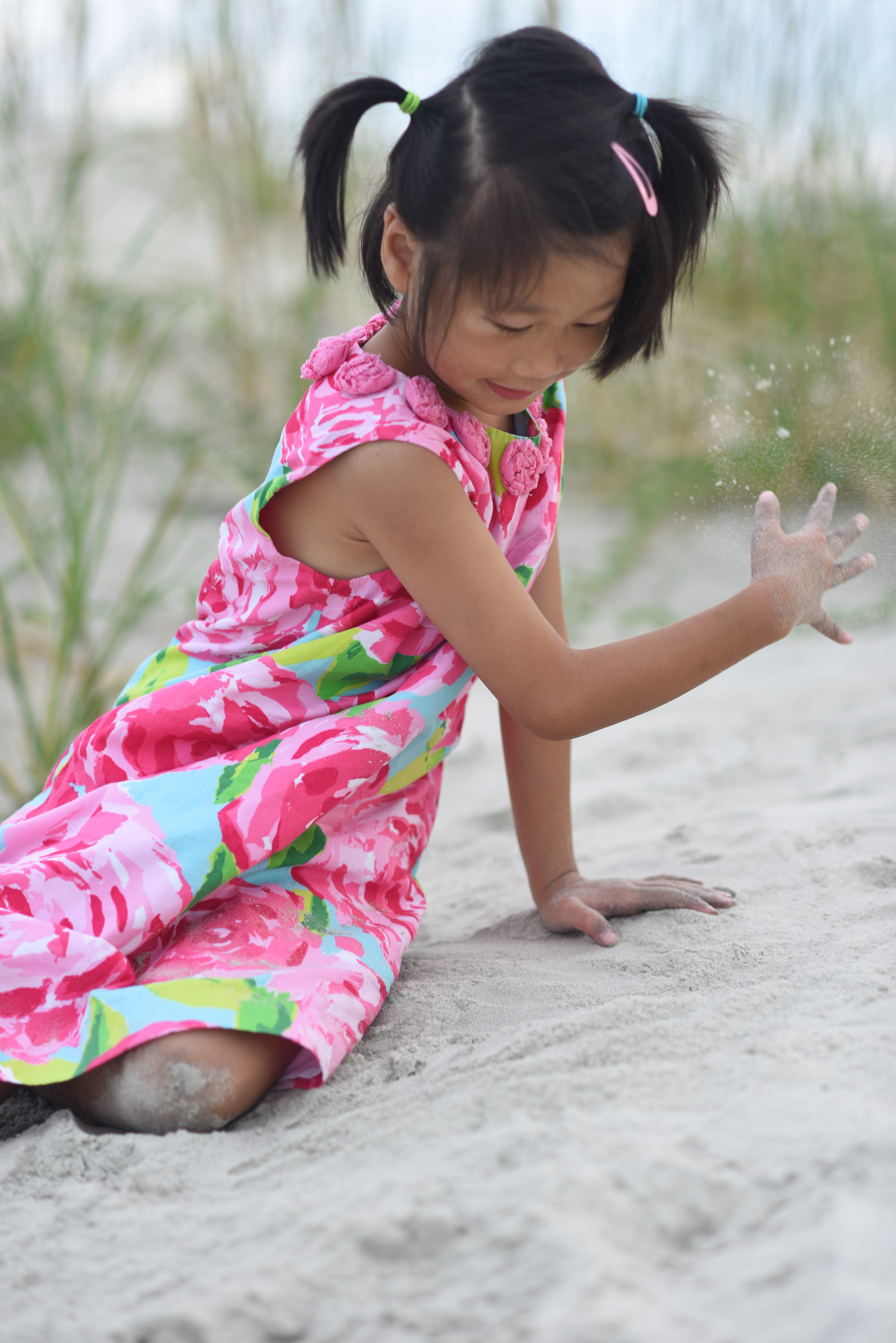 We found out through the state that due to the lack of time as active foster parents, we would need to start over, all the way to an orientation meeting. We found out through private agencies that we did not qualify for the age requirements and several other factors that would delay the process maybe for years. And then I landed on an international adoption website, so I thought. And night after night I started seeing pages and pages and pages of children as I read about 140 million orphans around the world and I was overwhelmed. How can this be? For weeks I would just look through pages and pages and Jeff would come home and he would look through them with me and after a while the same 3 little girls just kept tugging on us. We had NEVER thought about international adoption but no doors were opening for domestic and so we began to ask more questions. We carried a picture of three little girls on our phones for 2 months and just prayed, and talked and wondered. We finally just said we can either pray about this as if we need not act or just act and pray that the doors open or shut, whichever is the way our hearts should go. I realized I was indeed on an advocacy site not an adoption site so I emailed about the first little girl, who two months later, had been matched. So I emailed about the second little girl and we were asked to do a preliminary qualification assessment. And the doors began FLYING open. We were “matched” with our newest daughter and the only thing that seemed like an obstacle was the expense. We called the bank and within 24 hours we were fully funded with a loan. We walked through one door after another as we gathered papers and did fundraising and waited and wondered and missed our daughter that we had never met. Within a year of that first phone call Jeff, my oldest daughter and I were on a plane headed to China. We aren’t travelers nor did we know that a conversation on our first and second date would shape the next 14 years and take us to China. 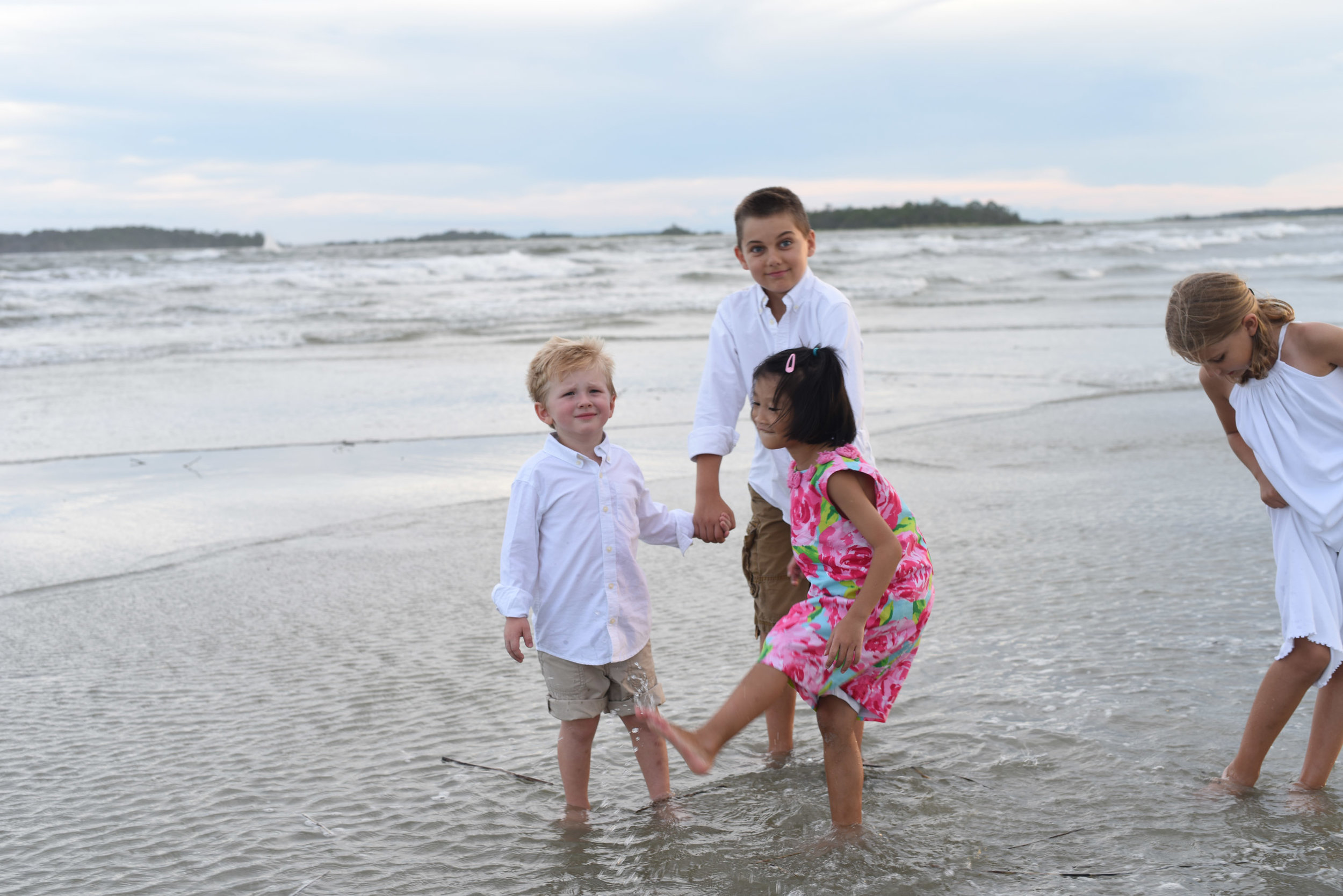 So here we are, Oliver party of 6, and our family was grown out of adoption and it not only gave us a family that now has 4 children, it changed everything: how we spend our time, how we spend our holidays, how we spend our money and just about everything else. Although our children are a part of our story, a thought, a conversation, each of them also is writing their own. We weren’t a part of the first six years of our daughter’s story, nor were we a part of the story that brought our son to us, so we have a big family, even though only six of us live here. Our family crosses oceans, has taught us some Mandarin, encouraged us to do 5ks, and brought us into large fellowships of adoptive families. We spend birthdays writing letters to our son’s mom and celebrate Chinese New Year. We go through the Chinese drive thru to talk to our Mandarin speaking friend, we talk to strangers that ask questions or offer help as we struggle, we take lots of pictures because we can’t believe we get to live this powerful and fun life, we love the mailman because he helped “deliver our daughter home”, we celebrate good English and kiss our kids in the mouth, some of our dearest friends are caseworkers, we cry during certain hymns and songs with lyrics like “hallelujah He has found me”, we celebrate gotcha days and let our 6 year old do things your toddler probably isn’t allowed to do anymore, we laugh, we yell, we are far from perfect, we are far from “good parents”, we forgive, we laugh when our son says he didn’t come out of my belly but his daddy’s belly, we don’t have scheduled date nights or Netflix and have iphone 4s and I’m glad we didn’t wait until we were ready to adopt because all the while so many children are waiting to be adopted. Adoption doesn’t fix the brokenness of this world but it helps heal the broken. It has changed and grown our hearts, our children’s hearts and those around us in ways that no other worldly experience has.

My husband and I went out the other night to attend a formal ball, which is totally out of character for us but made us feel like rock stars. And somehow after dancing to young people’s music, we found ourselves talking about our family. As hard as the last 14 years of marriage have been, through highs and lows, my husband celebrates every bit of it. He always sees the joy in our circumstances. This night, as we were dressed like prom king and queen he admits “my only regret is that I didn’t meet you sooner so we could have started earlier”. Adoption changes everything. 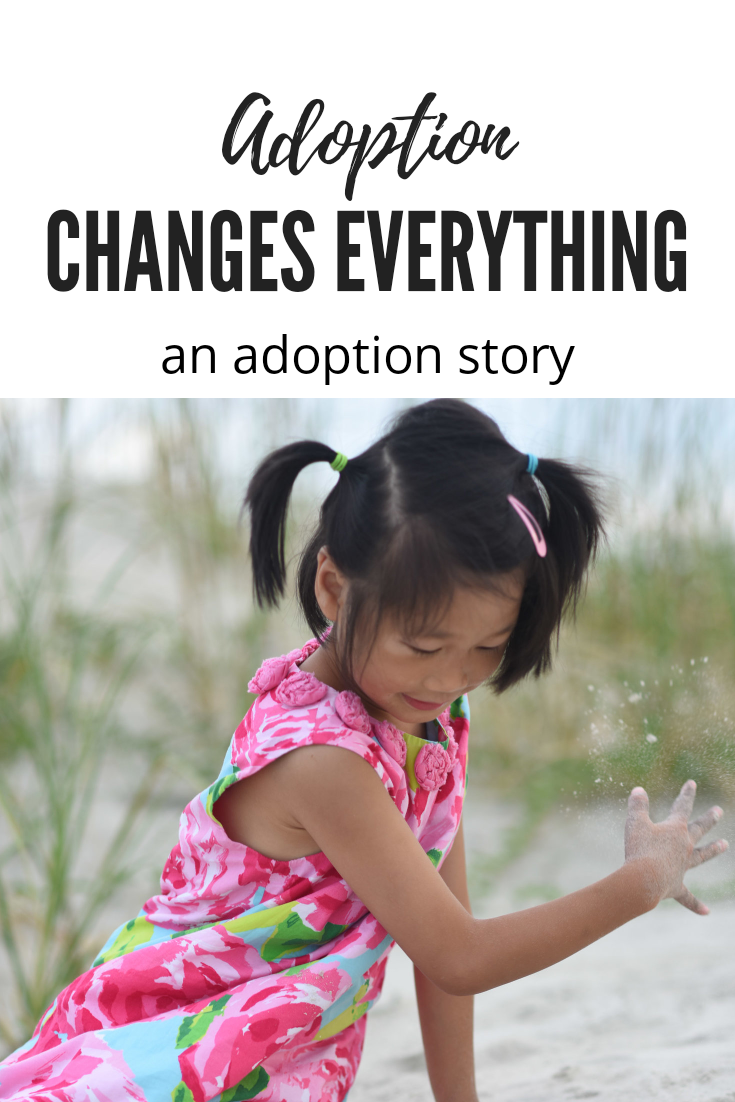 x
We've sent you an email with a link to update your password.

We will send you an email to reset your password.